The Interior Plains region is located along the east side of the Cordillera and reaches as far north as the Arctic Ocean. The region also includes large parts of Alberta, Saskatchewan, and Manitoba, as well as part of the Northwest Territories.

The weight of the glaciers compressed the land and caused it to become flat with rolling hills. The glaciers left behind rock, silt, gravel, and sand. As the glaciers melted, lakes and rivers were formed. The Interior Plains now include many of the largest and longest rivers in Canada. The southern part of the Interior Plains has the largest area of farmland in Canada. The fertile soil is excellent for growing cereal grains such as wheat, oats, rye, and barley.

Most areas of the Interior Plains have cold winters and hot summers. The region has the lowest amount of precipitation in Canada and some areas can experience droughts. A drought occurs when there is no rain or snow for a long period of time. When there is drought, the grasses of the southern Interior Plains go dormant and do not grow until there is rain. Irrigation, or watering the soil, is sometimes necessary to grow crops. Trees and shrubs in the Interior Plains

• Trees and shrubs grow along streams and near bodies of water.

• Most trees are deciduous.

• In the southern Interior Plains, the natural vegetation is mostly grasses.

• In the northern part of the Interior Plains, only small plants, mosses, and grasses grow. • birds such as ducks, geese, and swans • wolves and polar bears live in the north • herbivores such as deer, moose, elk, and caribou • carnivores such as coyotes, eagles, and hawks 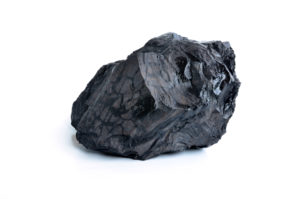 • fertile land in the southern part of the region