The Canadian Shield region includes parts of Alberta, Saskatchewan, Manitoba, Ontario, Québec, the Northwest Territories, Nunavut, and Newfoundland and Labrador. It is the largest geographic region of Canada and covers about half of Canada. The Canadian Shield is made of rock and is covered in most places with a thin layer of soil. In many places, bare rock shows through. Landforms in the Canadian Shield include both flat areas and rocky hills. There are forests, tundra, and lowlands. 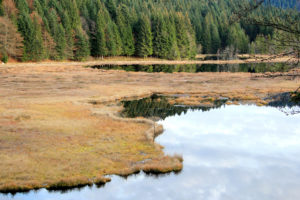 • The northern part has tundra vegetation such as small plants, mosses, and low-growing shrubs.

• Boggy wetlands called muskeg are found between the rocky hills.

• The rocky areas of the Canadian Shield region are barren.

• Mixed deciduous and coniferous forests grow in the southern part of the region. 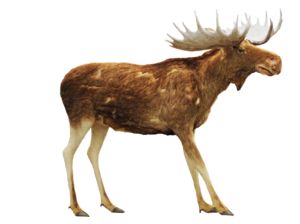 • mammals such as caribou, moose, and deer • birds such as ravens, loons, and sparrows

• fish such as trout, bass, perch, and pickerel • insects such as black flies and mosquitoes