Topic – Rights and Responsibilities of Canadians

Rights and Responsibilities of Canadians

Canadians live in one of the greatest countries in the world and enjoy many vital rights. What are those rights and what are the responsibilities of Canadians?

Rights of a Canadian Citizen Canadian charter of rights and freedoms

A Canadian’s rights are very important, so they are written down in a legal document known as the Charter of Rights and Freedoms. A charter is a document issued by a country or other group that defines its rights and privileges.

Perhaps the most important right for Canadians is the right to think, believe, and say whatever they wish to, even if other people disagree with it. Canadians are also free to follow the religion of their choice and to meet with whomever they like. In Canada, everyone is equal. That means people cannot be treated differently because they are male or female, or because of their race, religion, age, or mental or physical disability. As well, French and English are the country’s official languages. That means everyone has the right to use English or French in any government debates.

Responsibilities of a Canadian Citizen 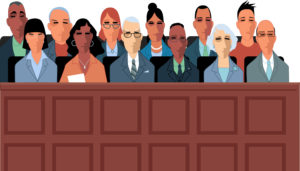 Canadian adults are called on to serve on court juries

One of the most important responsibilities of a Canadian is to obey the law. This helps keep everyone safe and it applies not just to individuals but to governments and groups, too. Canadian citizens have a responsibility to vote in elections, whether they are at the federal (national), provincial or territorial, or municipal (city or town) level.

Canadian citizens have a responsibility toward themselves and their families. They need to work hard, which helps themselves and keeps Canada growing. Canadians also need to help out in their community. Millions of people volunteer across the country. This helps other people but the volunteers also gain new skills and make friends. Canadians have the responsibility of protecting the country’s environment

Canadian adults are also called on to serve on court juries. As well, Canadians need to protect the country’s environment. It is important to reduce waste and pollution by recycling and reducing the amount of garbage produced. Canadian citizens should also maintain the country’s cultural and natural heritage.