Topic – Games Across the Ages

Read about games across the ages, or click on the play button below to listen aloud.

Games Across the Ages 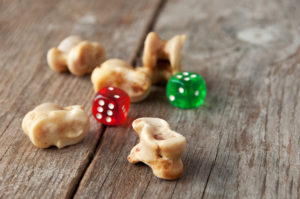 What games do you like to play? Do you like active games, board games, games with lots of people, or games you can play with a few friends? Chances are the games you like to play are the same or similar to games children have played for hundreds, maybe thousands of years (except for computer games, of course).

Children in ancient Greece played many games similar to ones played today. One game they played was knucklebones. The modern game jacks came from this game. Instead of metal jacks, they used bones of sheep and goats. Later the knucklebones were made from other materials such as metals, ivory, glass, and wood. Knucklebones spread to other countries. It was a common game for children and adults in medieval Britain.

Have you ever played hopscotch? Children in medieval England played, too. It was brought to Britain by the Romans. Some historians think that hopscotch was invented by Romans as a way to train soldiers. The soldiers played wearing their heavy armour, jumping through courses that were as long as 30 metres. Others think that an earlier version of hopscotch was played by the ancient Chinese. Hopscotch is played by children all over the world today.

Maybe you like to play more active games such as tennis. Tennis is also a very old game. Tennis started in medieval France. It was first played against a wall or over a rope strung in an outside court yard. The ball was hit with the palm of the hand. As tennis became more popular, indoor courts were built. The game spread through Europe. Players began using a glove to play, then a solid paddle. Eventually, the modern day racquet was invented. The modern game of ice hockey was first played in Canada in 1875. But like many games, similar games were played much earlier. One of these games was shinty, played in medieval Britain. The players used curved sticks to hit a leather ball into the goal of the other team. Shinty was played on a grassy field, like field hockey. It was also played in the winter on ice. But using skates to play did not happen until the game came to Canada.